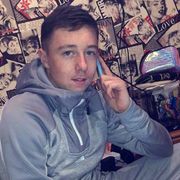 Detectives in Ireland have identified human body parts found in a sports bag and a burnt-out car as those of a missing teenager.

Gardai have vowed to bring justice to those behind the murder of 17-year-old Keane Mulready-Woods, who had not been seen since Sunday evening.

The investigation into his whereabouts became a murder investigation after limbs were found in a sports bag outside a housing estate in Coolock, north Dublin, followed by further remains in a burnt-out car in Drumcondra.

Officers later sealed off a house in Drogheda, where Keane was from, and the property was declared a crime scene.

Forensic teams remain at the property in Rathmullen Park.

Garda Deputy Commissioner John Twomey described the murder as "shocking" and said the force was committed to tackling organised crime, including arrests, convictions and the seizure of guns, drugs and cash.

According to RTE, the victim had been involved in the drugs business and had received threats that he would be abducted, murdered and dismembered.

Irish Prime Minister Leo Varadkar has vowed to help police, saying officers "will have all the resources they need" and that those responsible for the murder must be "brought to justice".

The taoiseach added: "It is probably the most gruesome, grotesque murder that I can think of. To have it perpetrated against a 17-year-old is just particularly shocking to me."

In a statement, Gardai said: "This is a brutal and savage attack on a child and is completely unacceptable in any normal democratic society.

"It is important to remember that Keane was a child, a young boy, trying to find his way in life, he has now lost his life and his family have lost their loved son and brother."

Keane was last seen in Drogheda by his family at around 6pm on Sunday and detectives are appealing for information about his last known movements.

The teenager was said to have been wearing a navy Hugo Boss tracksuit, black Hugo Boss runners with a brown sole and black laces, a red/orange Canada Goose jacket and a Gucci baseball cap.

Parasite: Everything you need to know about Bong Joon Ho’s Oscar-nominated film